Left-wing journalist Paul Mason has made the following statement, which should be widely circulated:

“There is nothing wrong in being a Marxist, our Party has always benefited from wide ideological debate. There is nothing wrong about anyone in the Party promoting their views through journals and papers. The only question that should be asked is do they work for the much needed Labour victory.”

Home secretary Amber Rudd- most high profile Tory who could be unseated by angry people who have lost their pension for up to six years Pic credit: BBC

Many angry  50s women  frustrated they can’t get a pension for up to six years – have the power at the ballot box to knock out the MPs who voted for the change. Since the next general election will be closely fought and many seats have narrow majorities they are literally – no pun intended -in poll position to effect change.

There isn’t a constituency in the United Kingdom that has less than 3000 of  these pensioners according to a breakdown helpfully provided by the House of Commons library.

Binary choice? It has to be Communism

The Young Communist League has called a national day of action on 10 February 2018 in solidarity with our comrades in the Communist Party and Komsomol of Ukraine against state oppression and the rehabilitation of fascism.

The YCL has called for a demonstration outside the Ukrainian Embassy in London (60 Holland Park, W11 3SJ) from 1pm onwards on Saturday 10 February 2018.

Demonstrations are also being planned for Edinburgh, Glasgow and Manchester on the same day. Please contact office@ycl.org.uk if you are able to attend or want to organise a demonstration in your town or city.

WE SHOULD HONOR THOSE WHO FOUGHT WHITE SUPREMACY.
by David Bacon 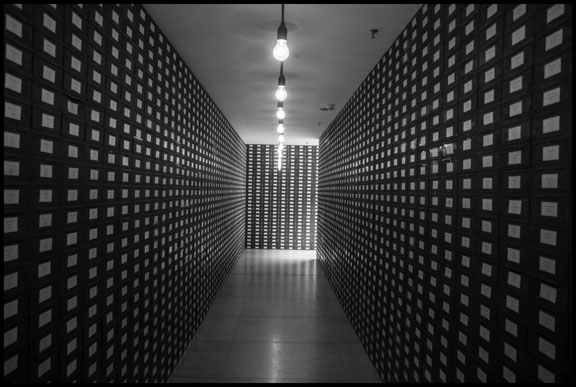 In Germany’s parliament building, the Reichstag, a room holds plaques with the names of deputies murdered by the Nazis, marked by a black band under their name.

Hans and Traudel Horn promised it would be a tour of Berlin’s socialist history, and so it was.  Twice I spent a long day with them on the U-Bahn and S-Bahn, trying to hear what they explained over the roar of the subway as we hurtled from monument to monument, cemetery to cemetery.

Berlin is a city of revolution and anti-fascist struggle.  It is also a city of graves.  Trees on one beautiful leafy hill cover the remains of 183 Berliners who fought and died on the street barricades in 1848.  When they were interred in the Cemetery for the Fallen of the March Revolution, 80,000 Berliners looked on.  Thirty-three others are… 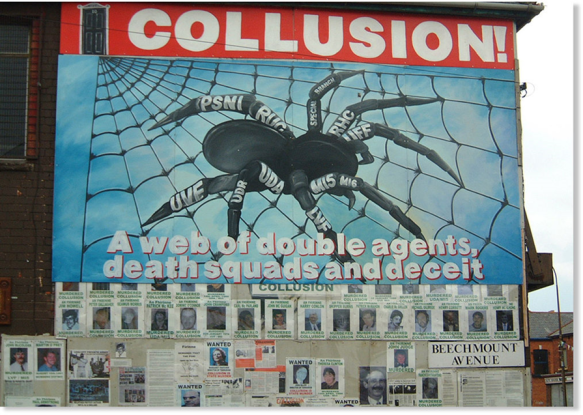 These are the introductory paragraphs of a very interesting and thought provoking piece by Paul Stewart and Tommy McKearney.

Britain’s disengagement from Northern Ireland is not quite what it seems.  In conjunction with its deep state, in the age of neoliberal imperialism where control is seemingly less dependent on territorial subordination, it has developed institutions that will allow it to ‘remain’ even in the midst of departure. These institutions mobilize soft and hard power repressive practices developed over the period of the insurgency (1969-98).  They comprise(d) the army, MI5, police, loyalist paramilitaries and agents influents within all political parties and the Republican movement.  We term this nexus of repression the continuity state repressive apparatuses.

If you remove the English army tomorrow and hoist the green flag over Dublin Castle, unless you set about the organization of the Socialist Republic your…

via “Nowhere Else to Go”: The Truth About New Labour, Corbyn and Labour’s Heartlands

The World Turned Upside Down

In recent times, various claims have been put forward in defence of the New Labour project. However, the latest by Phil Wilson MP is so fantastical that only a true believer could have the audacity to make such remarks with a straight face. Wilson’s claim is that New Labour was somehow the product of and informed by, working-class demands. According to an account of a recent seminar in The Independent, Wilson told the audience that New Labour was “rooted in making a difference for the working-class communities of the former coalfields of the North-East.”

In reality, the exact opposite was true. New Labour consciously and deliberately shunned working-class communities. One of its fundamental articles of faith was that working-class voters did not matter because as Peter Mandelson put it, they had ‘nowhere else to go’. Instead…

I have just told a young woman she is likely to be miscarrying.

It is a wreckingly, sickeningly tragic discussion, to be had with extreme care, preferably behind closed doors.

However, it is taking place as she is doubled over with cramps on a hospital trolley in a standard curtained-off cubicle in my A&E.

It is a discussion I have undertaken many times. A wave of nausea hits me every time, and the only thing I have in common with this young woman and her partner is it will be a discussion none of us will ever forget.

She has lost enough blood to need to go to theatre and has a long night ahead.

I suppress my anger at the desperate overcrowding forcing me to have this conversation inappropriately, and redouble my efforts for her treatment; pain relief, fluids, antibiotic cover, blood transfusion.

She had known, she says, for two days, and thanks me.

That almost does me in, but with a militaristic stiff upper lip I nod, and carry on my work.

Walking back to the Majors area of my department I am pulled desperately to a cubicle by an alarmed nurse.

Three of her colleagues have commenced emergency treatment on a 33-year-old man who has overdosed on heroin. He is whisked to resus and stabilised as, in another cubicle, an elderly lady with horrendous mental health issues that have catapulted her into mindless aggression, scratches the arm of her allocated staff so deeply that she draws blood.

Illness has worsened her agitation and earlier she spat on and threw faeces at her carers. She is deeply unwell.

I have just reviewed a two-year-old child who is suspected of having either a viral illness or meningitis.

The entire absence of beds in the hospital makes my department heave at the seams with patients who have been in A&E nine, 11, 13 hours. There is just no space.

Specialities cannot cope. GPs reach to us in desperation, as community systems disintegrate and disappear. Everyone seems really sick. During times of crisis, accounts of the NHS tend to drift awkwardly into stories of shock.

The scenarios we face – including death and bravery – are always simmer-ing just under the surface and escalate easily.

If you’ve ever been socialising with a group of healthcare workers you’ll know what I mean.

We find it impossible to get through an evening without those half-amazed, half anguished returns to occasions which cut us to our soul.

I have many myself. I’m an emergency medicine doctor and I work in a busy hospital in a deprived area of a major city in the UK.

I adore my job and I wouldn’t trade it for anything.

It both defines and edifies me, and I pour my heart and spirit into it every shift, despite its ability to ruin my mental and physical health, to cost me major relationships, loves, and time with my few remaining family.

There’s nothing inherently special about that because, quite honestly, we all feel the same way.

In the past three weeks I’ve had the dark honour of telling three families their loved one has died.

But I have also been a part of a team that has saved several lives, or accomplished lesser, simpler good things, and traded those against smaller tragedies. There is some balance.

It has already been a difficult winter; the media has told us the truth of that, and I cannot honestly recall the last occasion, while on a night shift at work and dealing with people’s lives, that I took any kind of break.

Within the first three days of this week there have been 17 unfilled doctor shifts of various grades – and far more for nurses at my hospital. When I arrived home on Tuesday morning to eat what I think was dinner I realised I hadn’t peed for 12 hours, but it didn’t matter as I hadn’t had time to drink.

Exhaustion claimed me for a few hours of sleep before it all happened again – the hardest winter pressures any of us have ever seen, with the least amount of social care to back us up, and staff haemorrhaging out of the profession everywhere to different jobs, countries and lives.

So how are we doing it? Because amid that fury and storm, the desperate and dying, we find our victories. Every person saved. Every illness beaten. Every broken bone healed, wound sutured.

Even each and every good death, where life has been fair and everything that could have been done is done.

We win sometimes with less resources than ever.

Wordlessly, our nurse-in-charge puts hot tea in front of me with a smile at 4am.

She may not know it, but she is keeping me going with a mix of enthusiasm and laughter found in some unknown reserve while negotiating the transfer of our sickest patient to a ward.

Her kindness and enthusiasm is a beacon, and she’s not alone.

We MUST do our best for these people. Somehow. The service that gives so much to all of us and may be taken away for so little survives on a force of goodwill alone.

No greater concentration of the best of human character exists anywhere and perhaps that is what makes this worth it, what keeps us coming back.

In illness, and certainly in A&E, you see people at their most human – flaws and all.

The staggering gift that somehow keeps on giving is we are relentless in facing fear, illness and death. We are the shield on which those waves can break.

Don’t forget us. Defend us. Please.