I want to know!

It says everything we on the Left know about the “Moderates”

Twitter is abuzz this morning with news of the EDL’s (English Defence League, a neo-fascist, racist organisation) ‘systems adminstrator’ Roy Higginson outside the Vauxhall plant in Ellesmere Port campaigning for Unite leadership challenger Gerard Coyne. Here is Higginson’s own image of himself outside the plant, which he posted on an EDL Facebook page and which is already in general circulation: 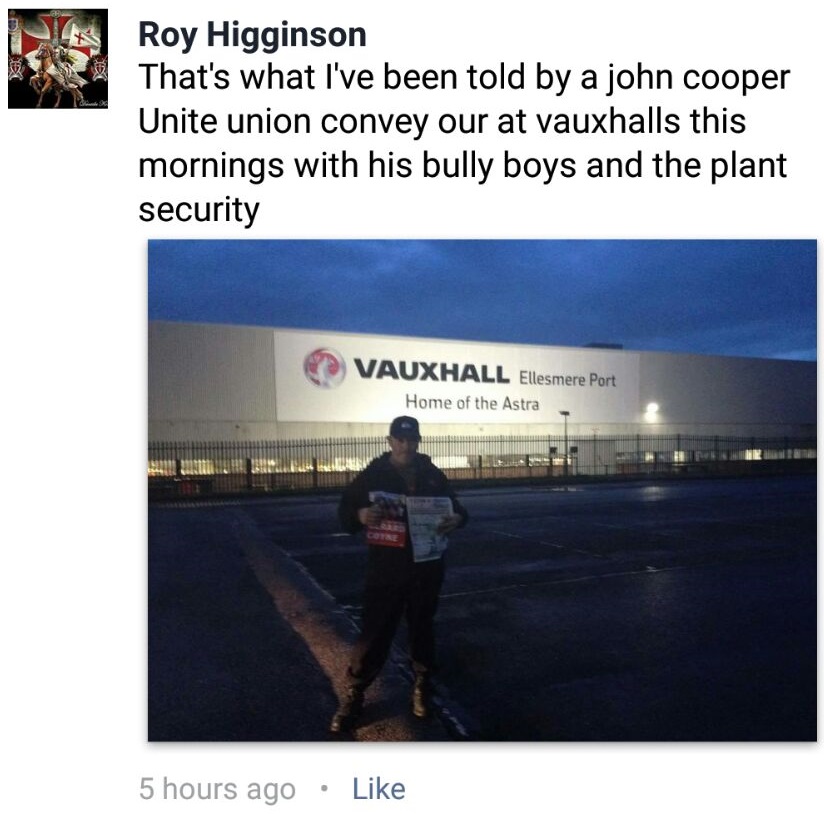 Incumbent Len McCluskey’s campaign has issued a strong statement calling on Coyne to explain or repudiate the fact of his support by a far-right hate group.

Distance and poor light flatter Mr Higginson. This image taken by a Unite officer, which to our knowledge has not yet been in circulation, shows him a little more clearly: 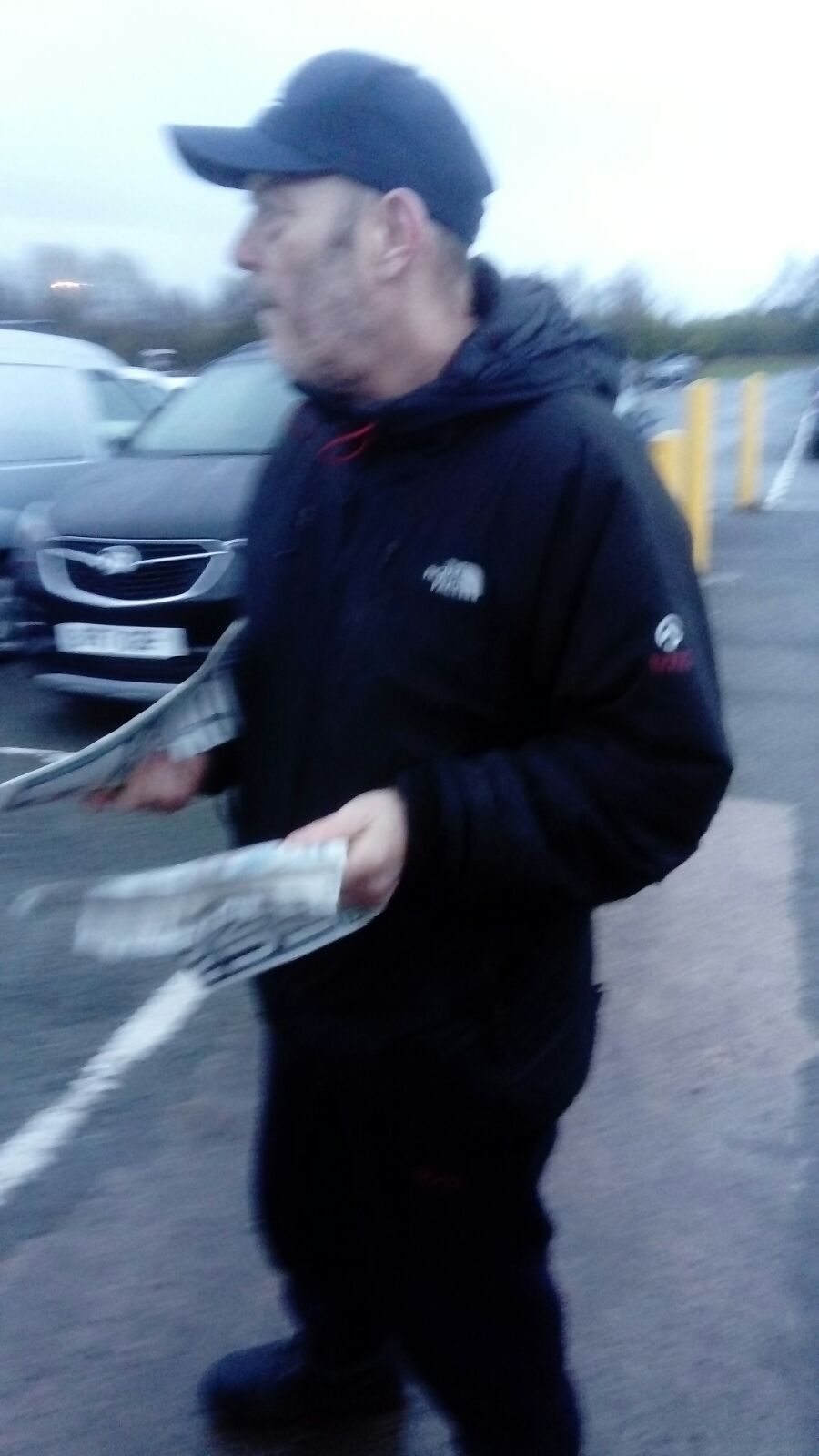 Other coverage also – from what we’ve seen so far – has also missed Mr Higginson’s own explanation for his support for Gerard Coyne, which is further down his personal Facebook page: 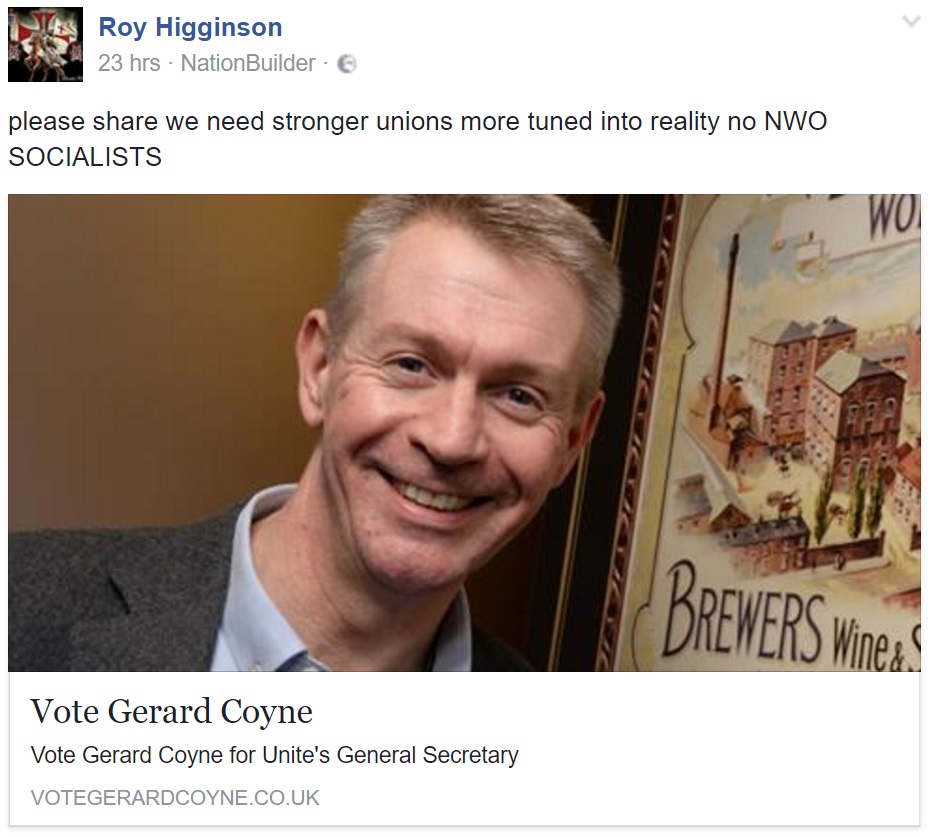